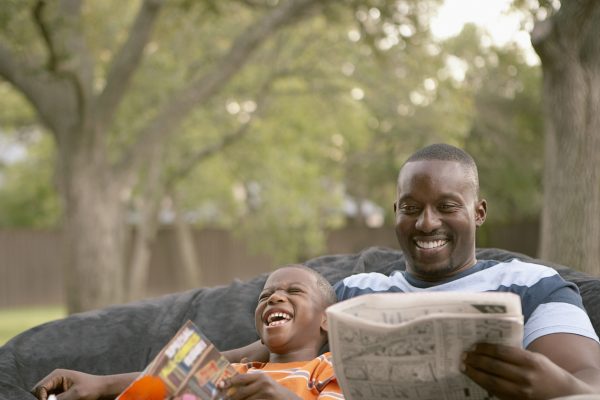 Prior to the enactment of the new guidelines, the applicable economic tables took all of the costs of raising a child and transferred them to the custodial household. While having primary responsibility for a child does mean incurring significant costs, there are also expenses that travel with a child to the home of the other parent. HB366, the law that overhauled the guidelines, provides for a parenting time adjustment in recognition of the fact that a non-custodial parent has increased expenses during his or her parenting time.

While the old system did not recognize that variable costs travel with the child, the new tables try to account for this reality. Here’s how it will work.

A court or child support enforcement agency (CSEA) calculating the amount an obligor (payer of support) must pay under a child support order will factor in a reduction of the total owed under certain circumstances. If the court-ordered parenting time order equals or exceeds ninety overnights per year, the amount of the annual individual support obligation is automatically reduced by ten percent regardless of the organization calculating the support (court or CSEA).

However, if the obligor does not actually exercise his or her ordered parenting time, the obligee (recipient) can ask the court to eliminate a previously-granted adjustment. The failure to exercise parenting time must have been without just cause. In other words, a non-custodial parent cannot negotiate for ninety overnights with the child in order to get the reduction in child support, but then not actually take the time that he or she has been given. However, the law puts the burden on the parent receiving the child support to request that the adjustment be removed.

The law also says that the 10% reduction may be in addition to “the other deviations and reductions.” What are those? We will deal with some of them in future articles. Even under the old law, the court was able to grant a deviation from the amount of ordered child support. This deviation, however, was rare, and the facts of your case needed to align with statutory factors. Under the new law, one of the “other deviations” is a deviation for parenting time beyond the threshold needed to trigger the 10% reduction.

If parenting time for the obligor parent is 147 overnights or more, the court must issue findings of fact if it decides not to grant a deviation from the calculated child support amount in addition to the ten percent. Put another way, when parenting time is that extensive, courts would ordinarily have good reason to deviate further from guideline calculations of child support. If they decide not to, they have to make it clear why they made that decision, and why that is best for the children.

The new rules for parenting time adjustment for Ohio child support are designed with fairness in mind, which, of course, is a good thing. There are some concerns that the new system might be misused. For one thing, there is not a dramatic difference in expenses between having 89 overnights with a child and having 90. But there is a dramatic difference in child support—a “cliff” of sorts—in those two scenarios. This could, conceivably, lead some parents to lobby for more or less parenting time because of the effect on the child support obligation.

Courts have never looked fondly at people who said they wanted their children additional time just to avoid paying child support, frowning on bargaining days for dollars. That is why the same worksheet is used to calculate child support for sole custody and shared parenting. But, on the other hand, there are many parents who have their children in their households almost half of the time or more (182 overnights) and do not have any variation from the calculated child support under the old law. Paying a large amount of child support under that scenario leaves fewer dollars to be spent on the kids.

Concerns have also been voiced that the 10% parenting time adjustment in child support doesn’t go far enough to relieve the financial burden on non-custodial parents. It will remain to be seen how the new law affects Ohio families.

Finally, parents who really do have their children a significant amount of time have the ability to get an automatic deduction, and more discounts if they can show additional time and expenses.

One thing, however, hasn’t changed: your child support award is only as good as the information on which it is based. Once a child support order is entered, it can be difficult to modify. Make sure that you work with an Ohio child support attorney who understands the changes in child support law and can present your position favorably to the court. We invite you to contact our law office with any questions you may have about the parenting time adjustments or other changes in the law, and how we can help you and your children.

Our team is fully operational and here to support you. There’s no doubt that the coronavirus (COVID-19) is still creating challenges, but we are remaining open during regular hours, and are meeting with people by appointment via Zoom or telephone, still filing with courts, attending hearings, and still working to solve your problems and concerns.
To your health and success,
Melissa Graham-Hurd & Associates, LLC